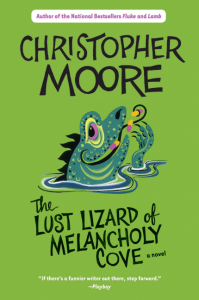 As dead people went, Bess Leander smelled pretty good: lavender, sage, and a hint of clove. There were seven Shaker chairs hung on pegs on the walls of the Leanders’ dining room. The eighth was overturned under Bess, who hung from the peg by a calico cloth rope around her neck. Dried flowers, baskets of various shapes and sizes, and bundles of dried herbs hung from the open ceiling beams.

Theophilus Crowe knew he should be doing cop stuff, but he just stood there with two emergency medical technicians from the Pine Cove Fire Department, staring up at Bess as if they were inspecting the newly installed angel on a Christmas tree. Theo thought the pastel blue of Bess’s skin went nicely with her cornflower-blue dress and the patterns of the English china displayed on simple wooden shelves at the end of the room. It was 7 A.M. and Theo, as usual, was a little stoned.

Theo could hear sobs coming from upstairs, where Joseph Leander held his two daughters, who were still in their nightgowns. There was no evidence of a masculine presence anywhere in the house. It was Country Cute: bare pine floors and bent willow baskets, flowers and rag dolls and herb-flavored vinegars in blown-glass bottles; Shaker antiques, copper kettles, embroidery samplers, spinning wheels, lace doilies, and porcelain placards with prayers from the Dutch. Not a sports page or remote control in sight. Not a thing out of place or a speck of dust anywhere. Joseph Leander must have walked very light to live in this house without leaving tracks. A man less sensitive than Theo might have called him whipped.

“That guy’s whipped,” one of the EMTs said. His name was Vance McNally. He was fifty-one, short and muscular, and wore his hair slicked back with oil, just as he had in high school. Occasionally, in his capacity as an EMT, he saved lives, which was his rationalization for being a dolt the rest of the time.

“He just found his wife hanging in the dining room, Vance,” Theo pronounced over the heads of the EMTs. He was six-foot-six, and even in his flannel shirt and sneakers he could loom large when he needed to assert some authority.

“She looks like Raggedy Ann,” said Mike, the other EMT, who was in his early twenties and excited to be on his first suicide call.

“I heard she was Amish,” Vance said.

“I didnt say she was Amish, I just said I heard that. I figured she wasn’t Amish when I saw the blender in the kitchen. Amish don’t believe in blenders, do they?”

“Mennonite,” Mike said with as much authority as his junior status would afford.

“Zipper on his jacket,” Mike said. “Amish don’t have zippers.”

“Think what you want, Theo, theres a butter chum in the living room. I think that says it all.”

Mike rubbed at a mark on the wall beneath Besss feet where her black buckled shoes had scraped as she convulsed.

Mike stepped away from the wall. “Maybe she couldn’t stand anything touching her floors. Hanging was the only way.”

Not to be outdone by the detective work of his protege Vance said, “You know, the sphincters usually open up on a hanging victim — leave an awful mess. Im wondering if she actually hanged herself.”

“I am the police,” Theo said. He was Pine Cove’s only constable, duly elected eight years ago and reelected every other year thereafter.

“No, I mean the real police,” Mike said.

“I’ll radio the sheriff,” Theo said. “I don’t think there’s anything you can do here, guys. Would you mind calling Pastor Williams from the Presbyterian church to come over? I need to talk to Joseph and I need someone to stay with the girls.”

“They were Presbyterians?” Vance seemed shocked. He had really put his heart into the Amish theory.

“Please call,” Theo said. He left the EMTs and went out through the kitchen to his Volvo, where he switched the radio over to the frequency used by the San Junipero Sheriffs Department, then sat there staring at the mike. He was going to catch hell from Sheriff Burton for this.

“North Coast is yours, Theo. All yours,” the sheriff had said. My deputies will pick up suspects, answer robbery calls, and let the Highway Patrol investigate traffic accidents on Highway 1, thats it. Otherwise, you keep them out of Pine Cove and your little secret stays secret.” Theo was forty-one years old and he still felt as if he was hiding from the junior high vice principal, laying low. Things like this weren’t supposed to happen in Pine Cove. Nothing happened in Pine Cove.

He took a quick hit from his Sneaky Pete smokeless pot pipe before keying the mike and calling in the deputies.

Joseph Leander sat on the edge of the bed. He’d changed out of his pajamas into a blue business suit, but his thinning hair was still sticking out in sleep horns on the side. He was thirty-five, sandy-haired, thin but working on a paunch that strained the buttons of his vest. Theo sat across from him on a chair, holding a notepad. They could hear the sheriffs deputies moving around downstairs.

The foregoing is excerpted from The Lust Lizard of Melancholy Cove by Christopher Moore. All rights reserved. No part of this book may be used or reproduced without written permission from HarperCollins Publishers, 10 East 53rd Street, New York, NY 10022